If it stays like that then i agree the game will fall to the wayside like other games have. I really don't understand why some people want the game to be quick when achieving stuff because all that does is kill the longevity of the game/economy and it ends up like WoW in the fun department. I thought the foundation of the game was being built around the idea that you had to spend time to accomplish a goal/s but now it's starting to sound like it's leaning towards the play style of "We want it all fast" so it's fair. Well..

I hope the developers don't go down the road of trying to please everyone and end up like these bargain bin games. It's simple with Cheap Albion Online Silver... Stick with your original plan that it would take a long time to master things and understand the people that will be here for the long run are the ones that want it like that. You added new lands for the casual player so PLEASE stop trying to make it WoW 2. Some of these people wouldn't last a minute in vanilla UO....

Grind is good in a sandbox that's the point of a sandbox you have other things to do than grind if you use your imagination and brain. Question to all these people that want instant gratification what happens when you are maxed out and everyone can do everything then what is your plan? I know!! Start complaining the game was too easy and there's nothing to do and then on to the next game. Anyways... Good job devs on the improvements but stay focused on the goal you had from the start i would hate to see this game get ruined because this is the only MMO i been excited about. Don't follow the cookie cutter route. 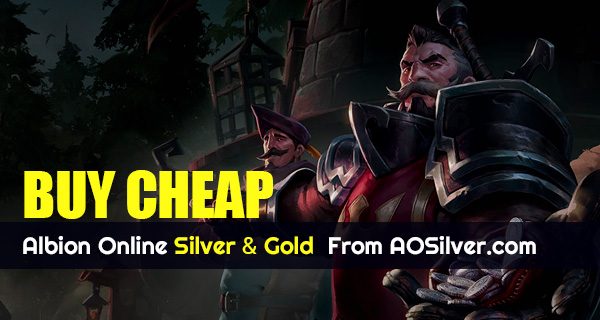 i feel like this game has grown way past what was the initial idea because of sbe trying to cater to everyone and now this is coming back at them in the fine tuning.... what they're trying to do with AO Silver is way beyond what a team of their size can handle, imo.

How large is the game world on the test server compared to beta2 and eventually the live server? Wouldn't it of been better to only allow access to a few zones to simulate a more populated game world, this in itself slows down progress and the grind required can be seen observed at a level more to as it will be in beta2

How many players are on the test server now compared to the possible number at beta2 launch and eventually live server launch? nobody knows... they can tell how many founders packs have been sold but how many individual players are there? dworf for example has 10 accounts, some players probably wont even play when the game goes live as they are already fed up with the extended alpha/beta timescales

Also the test server needs to be used as Albion Online Items, with a set plan to test certain things in an ordered and controlled way, not as a server where players who just grind to get to tier x.x and say its too easy....

« Guild can field this many Albion players Albion Online: to be a nut cup Zerg »
Profile