Even the smallest guild can field this many players. I come from a guild that was already tiny and we are 90% inactive - we still get this many people most nights.

Anyway I don't think more map blobbing is going to Buy Albion Online Gold. I think the red blob is working okay, it's not great but it isn't incredibly broken either. I think "zerg radar", as it were, should be more effective for small groups than it is for large blobs. If you are a blob you shouldn't have an easy time detecting other blobs and your detection range should be very limited.
As it is, you can actually use a large party size to detect the locations of nearby smaller groups once you have them flanked and pinned in. I think that is pretty silly, and not "working as intended" at all. You get location tracking, early warning (small group loses element of surprise if it bumps into you) and the ability to flank more effectively all simply because you are zerging someone in OW. 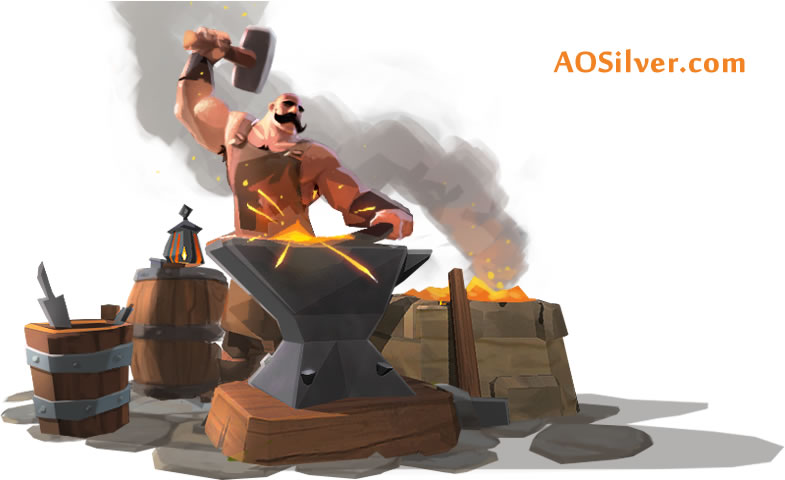 However if you are roaming in a five person group and your detection range is somehow enhanced by this, while at the same time any blobs are oblivious to your presence from all the way across the map tile, then I think the map blob approach works considerably better. It's still a little bit contrived but in a game where the visible gameplay area is Albion Online Items, I don't think you can feasibly have a ton of small man OW pvp without an effective detection and avoidance mechanic.

I would suggest that your ability to perceive dots be increasingly hampered both in range and number of visible dots depending on how many players have already been detected near you. You might give some extra weight to allied dots as well. I.e:

- I'm in a 5 man group by the NE exit. A 20 man blob is by the SW exit. I get to see the 20 dots in the same fashion as we all do already, as i only have 4 other players near me and am therefore not really penalized.

- I'm in the reverse situation, in the 20 man blob. Therefore because I'm getting 19 other nearby "pings", I suffer a penalty to detection range and eventually a hard cap on detection capacity. I therefore cannot see the 5 man group at the opposite side of the map at all, even if they were next to another blob. I am compromising my recon and positioning ability in exchange for safety in numbers.

In essence, retain the system we have now where you don't blob before a certain size, but also make it easier to see a blob coming with albion online gold market. Make it very difficult to see anything if you are part of a blob or in the middle of a large fight.