Yes, I have been playing Path of Exile for a few months and it's really a great ARPG, I love this game so much. But as you know, I am a new player, haven't seen much PoE guides, I have learned so much from this game soon.

Now I think it is very amusing which I am worried about sustaining my scrolls of knowledge at first. I spent a great 20 hrs around the first couple of functions, obtaining and vendoring virtually every item on the way. And That I would happily spend one minute running towards the nearest waypoint, because it meant saving a tp scroll.

I went in completely blind and going to play SSF. Reliable advice, it had been a tough start. My first character would be a vaguely defined fire arrow lady, who could not work through the very first lab.

My second character would be a crit-based frost blade assassin. And That I required the "Perfect agony" Keystone, since I although it would convert 30% of my physical damage into cold damage. That build wasn't a success either. It beat the ultimate Kitava fight whatsoever honorable possible way, by dying up to 20 occasions, and letting my totem do everything. 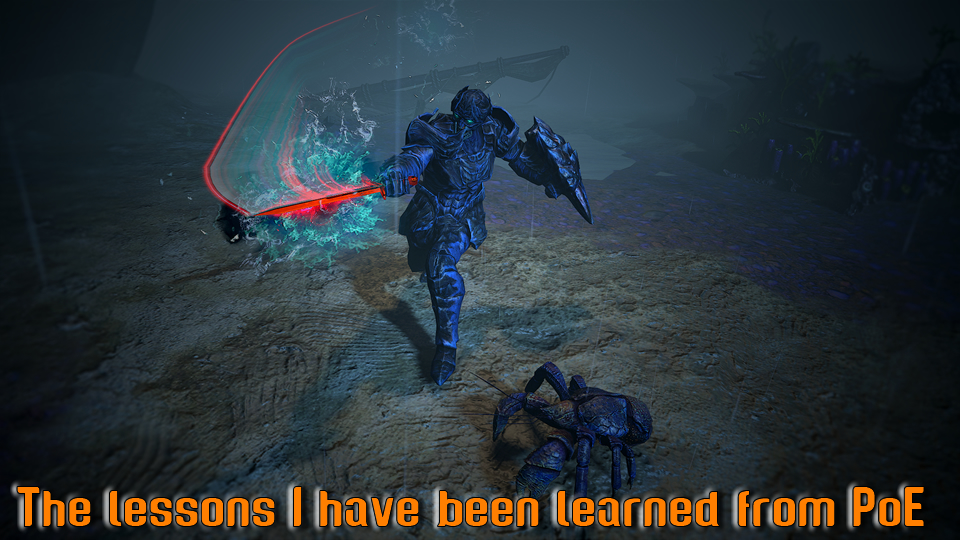 Upon beginning my third build, I'd finally ingested my pride, and that I began studying some guides, watching some streams, and more importantly, allow buying and selling. Where I'd formerly been curious, I had been now so completely transfixed with this game. I discovered r4pg.com, I review some vendor recipes, I installed a loot filter.

Feeling just how much more powerful my character was with all of these new tools, was simply a memorable dopamine hurry.

Then came the entire adventure of learning what's really valuable of all these products, and also the billion mixtures of affixes and bases and rolls. I chuckled a few occasions when I'd put something up for purchase, and obtain messaged 10 occasions in 20 seconds. After which I felt as an evil genius after I dropped 2 20% callous gems within the uber lab, and began buying out my cheap poe orbs from r4pg.com, to ensure that I possibly could form a makeshift monopoly on individuals gems. I Really Like PoE A Lot

Both apparently endless complexity in build variations, damage calculations, etc. etc. And also the simulated economy, that you could be a part of, impact, and make money from. Or maybe even observe it changes, e.g. whenever an influential guide is released.

After you have one trash-build Ranger with maps in Talisman I had not really touched the sport -- selected the sports support just like Bestiary was beginning and I am getting a lot of fun!

Leveled a Warchief Totem guy to 90 and 6L'd a damn good Starforge from div cards.

Now I am focusing on a Windripper guy (lvl76) but still getting a great time - finally got enough where I'm able to obvious any sub-red map deathless, so I am just blasting through low-level maps to gain levels until I'm able to get him ready for that MF swap and tier maps. Will still be a ways off but to date, I have were built with pretty consistent earnings, therefore, it is only dependent on time.

For Bestiary itself, I am mostly ignoring it at this time. Selling monsters is a period waste and thus is netting most yellow mobs -- and so I just kill any non-reds I encounter, from time to time craft some random stuff using what I have collected as well as in the rare situation I wish to craft something specific I'll purchase the monsters I want.

In either case I am getting a lot of fun simply with mapping and also the new Atlas and stuff, and seeking out a lot of different builds (MS, Erectile dysfunction/Contagion, Poet's Pen VD, etc.), it's essentially "Standard" for me personally, however, I like this I acquired to begin with a brand new economy and extremely have progress into good quality fun figures.

I began off attempting to vendor every rare, get every scroll, store gems which I have no need for, etc. Now I simply ignore everything I do not need until I receive maps. There is no point putting things off with this stuff available to get all your belongings within the finished game in a small fraction of the time.